No Code is Not Selling Out

I get it: you know some code, you like being able to create a website from a blank page with your HTML/CSS/JS skills, and so do I (it's cool to code!) but hang on a minute... If you can make your job, your life even, better by using a different approach why wouldn't you do that?

It's a Brave, New No Code World

Let’s all admit it: coding is difficult! Even people who do code will agree because it’s tricky, it takes patience to do well and the client or boss requesting the coding work is likely to change their mind in the morning anyway thereby undoing all your hard work in a heartbeat.

Couple that with the fact that technology is evolving at an ever increasing rate and you can start to feel a lot of sympathy for the average coder in your team. I know I do because I used to code for a living and even after many years of hard work building backends, frontends, middleware, the whole shebang it still wasn’t fun for me; not in the way some coders say it’s fun anyway.

What I was lacking was the sense that it was all worthwhile… all the late nights, tight deadlines, angsty clients and my unhappy wife sitting alone in the lounge waiting for me to finish for the day so we can actually spend some time together  :|

Fast forward a few years and after a slight detour in career direction (from web design and development to digital marketing and ecommerce) and I can honestly say that I’m a changed man. There’s no going back for me. I’m ruined.

You see I discovered that I could create 90% of what I was doing before when I was hand coding by using the right tools for the job and all without compromising on quality.

I had stumbled across the idea of No Code but like most people who have coding skills, I was skeptical, suspicious even, I mean what kind of crappy code gets written on your behalf when you give the task over to software? My instant reaction to the first visual website designer I used was, “What a pile of poop. This will never catch on!” because the output code was terrible and the visual editor was equally bad to use. Indeed, I was the kind of coder that avoided using Rich Text Editors in the CMS’s I built because the HTML they produced was way too opinionated so I stuck to Markdown but I digress…

In the early days of their inception, I played with Squarespace, Wix, Weebly and the likes and then shoved them to one side until the day they were mature enough but in the meantime the new kid on the block appeared and I decided to check him out.

Webflow seemed like just another visual website builder tool and so I had already tarred it with the same brush as the other tools in that space mentioned above but how wrong could I have been? It was when I saw a video on YouTube (https://www.youtube.com/watch?v=yNVLjsAvp3E) of Webflow’s founder, Vlad Magdalin, presenting the platform that I realised that this was a different beast altogether.

Because Vlad was a coder himself, there was no way he was able to let a product out the door that sucked! Especially where the code behind was rubbish. So Vlad and his brother Sergie worked away at the problem until the commercial version they shipped - or the one I saw in the early days at least - was stable, produced good looking code, and was a pleasure to use and it was worth the wait. Despite it being an early release it was already streaks ahead of its competition.

A few years later and Webflow as an organisation is flying having secured a $72 Million ‘Series A’ funding round last month (Aug 2019: https://www.forbes.com/sites/alexkonrad/2019/08/07/webflow-went-from-near-bankruptcy-to-72-million-series-a/). Just as importantly, probably more so in fact, Webflow attracts some extremely talented individuals who want to work at Webflow because of its ethos, the way it treats its staff and the positive impact it is trying to create in the world but more on all that another time. Suffice is to say that the more mature the company gets, the better its product becomes and as a user of its product I can support that claim first hand and so can the vibrant, growing community around the product.

So is a tool like Webflow enough to #GoNoCode? What about features? Will you sacrifice flexibility for convenience? Can you give up “total control” of your codebase and trust in a platform to give you what you need to have the confidence to pitch it to clients or build your next project with it in-house?

Let’s start by having a look at some of the brands using the platform:

Not too shabby I’d say! If rocket scientists are endorsing it then it’s got to be worth a try, right?

I suggest that you create an account and see for yourself by the way as it costs nothing until you want to launch a website with it:‍‍

Well I don’t know about NASA or AMD but when I started building things in Webflow I wanted design flexibility as opposed to code control necessarily. Every client is different, everyone wants to be unique, brands definitely want their web assets to look like the rest of their marketing assets and so they should.

I found out pretty quickly that dragging and dropping a basic element to my canvas, like a DIV (called a DIV Block in Webflow), was then easy to adjust using visual widgets in what they call the Designer interface representing familiar code/markup attributes like Padding, Margin, Background Colour and more and behind the scenes, Webflow was creating the high quality HTML and CSS for me. I know it was high quality because I looked at the source code, of course. Any professional would do this before they took a new tool seriously after all.

Then I looked at the features themselves. The instantly available Elements I saw catered for most of my needs from embedded maps and background images (and background videos by the way) to inline YouTube content and forms. Pretty comprehensive stuff.

Satisfied with the range of Elements available I looked at the CMS capabilities of the platform and I have to tell you, I was hugely impressed. What other platform gives you 100% flexibility in creating sets of interrelated data (think database tables here) that you can create so quickly and easily that it’s hard to believe, and then design around that content visually so that you see that content instantly appear live in your editing view? It has to be seen to be truly appreciated so please check it out for your own sake

Courtesy of Webflow: One of the most powerful features within Webflow - Collections (https://university.webflow.com/topic/designing-collections)

My last concern was around getting data in and out of Webflow. I hoped that I would at least have the ability to feed in dynamic values to JS tags and send data from a form submission to a 3rd party service - like ActiveCampaign for capturing leads for example - and I wasn’t disappointed. Like a lot of platforms, Webflow has embraced the use of services like Zapier which let you pretty much move data anywhere you want so whether you use Airtable or Xero accounting software or Google Sheets for handling your data, Webflow+Zapier has you covered.

I now use this approach every day and these rock-solid services simply don’t let you down. I’ll post on another day about my Zapier experiences but so that I don’t forget, check out their Autoreplay feature when you have the time and think about how many hours you would spend coding that kind of feature into your project using Queues technology, for example?

I’m also going to leave discussions around Ecommerce for another post but with Webflow’s recent initial launch of its Ecommerce feature set I can say now that this side of the platform is going to change the way we all build Ecom Websites.

So to finish off, my No Code journey over the past few months since we launched TheFlow.agency has not left me wanting and I’ve finally found some of that fun in my daily work that I was missing when I coded by hand. As I say, I’m ruined but happily so!

Ultimately I am a peacemaker: I love taming technology, making it work hard for people; I live to help teams and businesses flourish, even to enjoy their work daily; I believe that harmony is possible in these hectic times but together we find the right path and walk it confidently towards success. 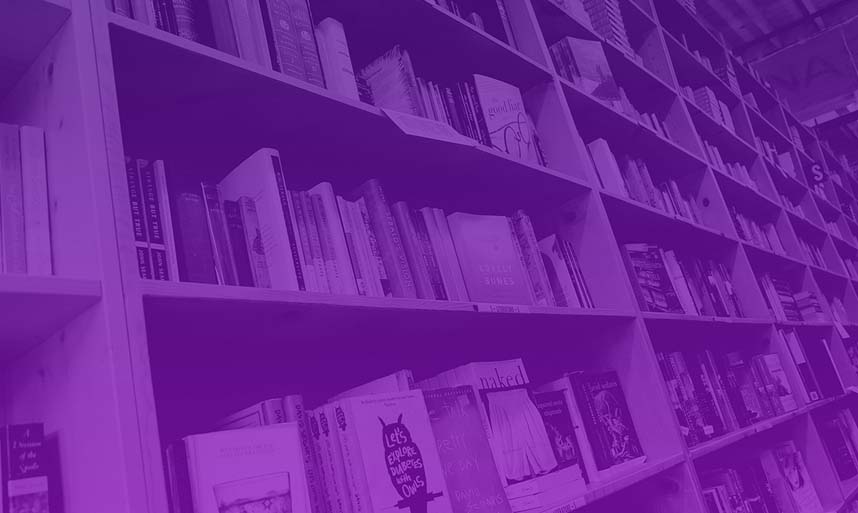 Launch - Arcturus Books - The Local Bookshop at the Heart of Totnes

We love working with local businesses, especially when they have such a clear vision of what they are looking to achieve both offline and online. So when Arcturus Books asked us to help them develop their brand and improve their online presence in July 2019 we got stuck in. 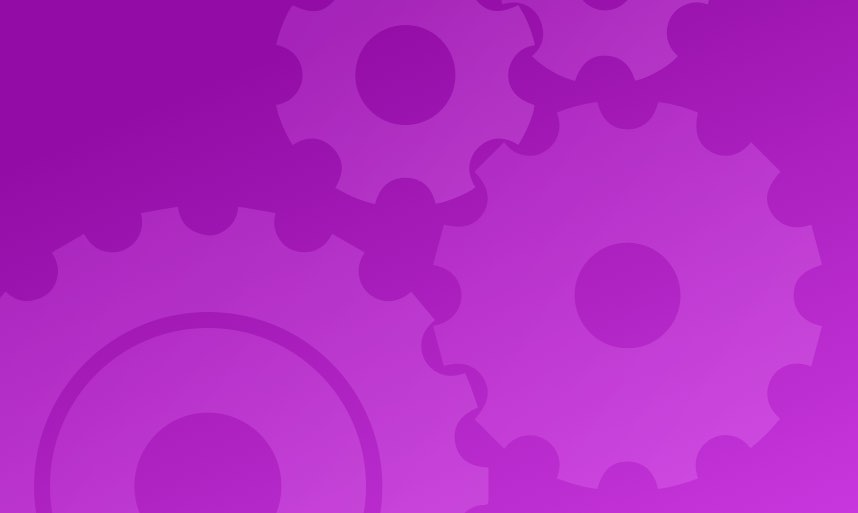 How Does a Truly Modern CMS Support You?

Whether you are a business owner, team member, freelancer or small agency like TheFlow, people have opted to make use of platforms like WordPress, Wix, Joomla, Jimdo, Shopify and many, many more since the noughties rather than building websites by hand but the so called Content Management System (CMS) market is extremely broad - from blog owners to Enterprise users - and the output from these platforms varies greatly. Let's explore this a little... 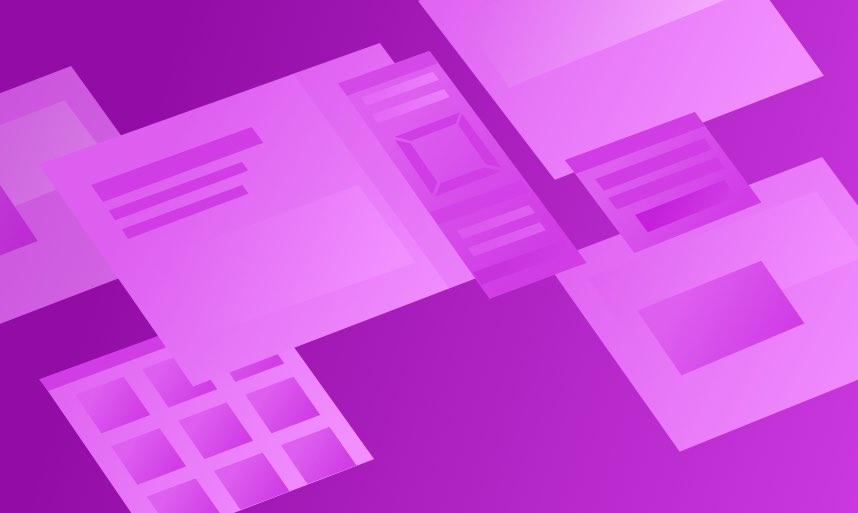 Why I Stopped Using WordPress

Take the chore out of staying up-to-date with industry news and information by signing up to our newsletter.

Thank you! We will add you to our email list and you can unsubscribe at any time.
Oops! Something went wrong. Please try again.

TheFlow is a Digital Agency with over 30 years combined experience serving organisations across the whole of the UK from its offices in the South West of England.

Contact Us
We use technologies, such as cookies, to customise content and advertising, to provide social media features and to analyse traffic to the site.
We also share information about your use of our site with our trusted social media, advertising and analytics partners.
Learn more in our Privacy Policy.
OK. ThanksClose